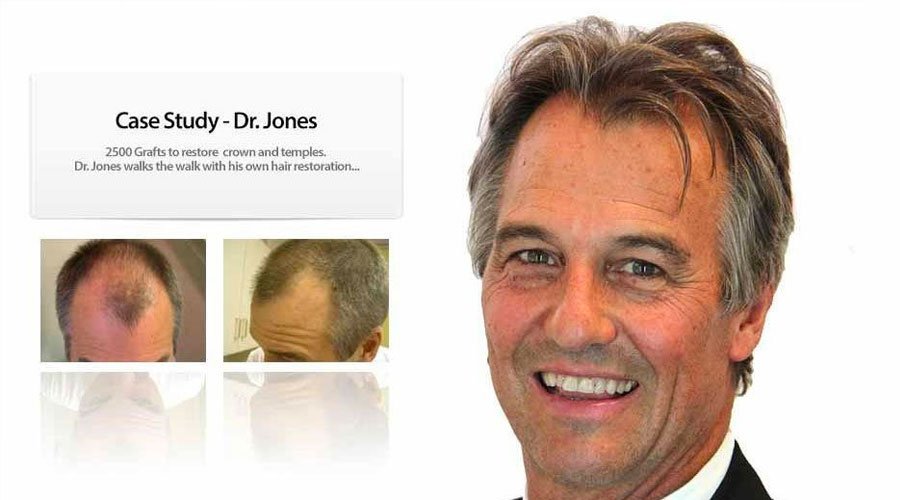 Dr. Robert Jones has been practicing medicine ever since earning his degree from McMaster University in 1979, after which he attended continuing education courses in cosmetic laser surgery at both Harvard and Loyola Universities. He has been offering scar-free hair transplants known as FUE (Follicular Unit Extraction) since 2003 and was the first doctor in the world to perform mega sessions using this technique. He regularly performs 3000 to 4000-graft FUE surgeries in a single day. His clinic is based in Ontario, Canada. In 2015 he became a member of ISHRS. He has written many newspaper articles about hair transplantation surgery and has also appeared in many television shows.